f40 warmly welcomed the announcement in the 2015 Autumn Spending Review that a new national funding formula is to be introduced by 2017. The Chancellor of the Exchequer, George Osborne, included a commitment to a new formula as part of his statement, confirming that the government intends to phase out the existing arbitrary and unfair system in favour of a new national funding formula. 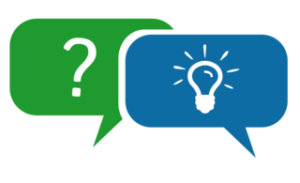 The 1st Stage consultation was launched in March 2016. Below are links to the Secretary of State’s announcement in Parliament and the consultation documents. The closing date was 7 April 2016.

You can read f40’s initial reaction to the announcement on our news page.

On 21st July 2016, the government announced that the 2nd Stage consultation will be delayed until the autumn 2016. Click here to read the Secretary of State’s announcement.

On 29 November 2016, a delegation from f40 met with the Secretary of State for Education to discuss the forthcoming consultation and to raise concerns about a range of school funding issues. Read the notes of the meeting.

The Government launched its 2nd stage consultation on 14th December 2016. It will last fourteen weeks concluding on 22nd March 2017. Full details and relevant documents can be located on the Department for Education website.

By coincidence, f40 representatives were attending a meeting with Nick Gibb MP, the Minister for School Standards, as the announcement was being made. The notes of that meeting are available here.

On Monday 20 February 2017, f40 held a Briefing in the House of Commons for MPs representing poorly funded areas. Over 60 MPs attended. The following documents are relevant:

f40 wrote to the Prime Minister on 10 March 2017 to draw her attention to the concerns that the group’s membership have about the proposals presented in the NFF consultation and their failure to address fair funding in the way that had been anticipated. Read the letter here.

The House of Commons Library has published this interesting Briefing Paper – School funding in England: Current system and proposals for ‘fairer school funding’.